Skip to content
A curated collection of Books, Videos, Articles and more to educate consumers, caregivers and professionals about Complex Trauma. 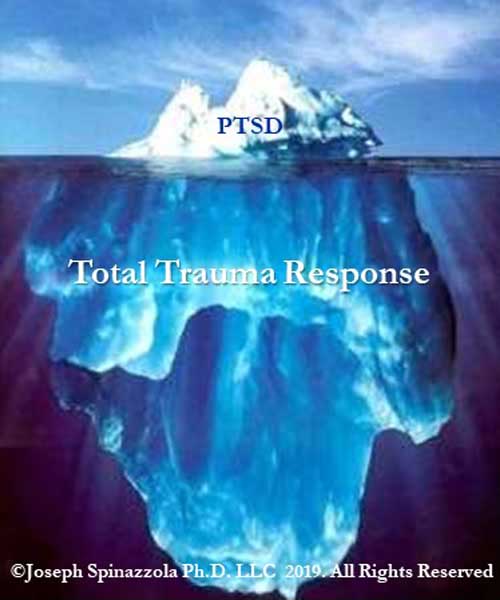 There has been a longstanding tendency in the mental health field to assign the diagnosis of Posttraumatic Stress Disorder (PTSD) to therapy clients based on history of exposure to trauma, irrespective of the specific clinical symptoms reported by that client.

Practitioners have asserted a number of compelling rationales for doing so, including the lack of a better fitting diagnosis, efforts to ensure insurance coverage, and the desire to name and validate in a formal way their client’s experience of trauma.

Similarly, many experts who have developed and tested clinical interventions designed to address the specific symptoms of PTSD have routinely referred to these models in an implicitly all-encompassing manner as treatments for “trauma”.

Such practices contribute to what’s become an erroneous synonymity between the manifold experiences that constitute trauma and its diverse array of effects on people, and the singular diagnosis of PTSD. PTSD is without a doubt a legitimate and serious diagnosis. This diagnosis, comprised of pronounced and culturally popularized symptoms, has been important to draw attention to the reality of traumatic experiences and the devastation they can bring to individuals, families and communities. Untreated, the symptoms of PTSD can be long-lasting, troublesome, and at times debilitating.

Nevertheless, these same studies reveal that PTSD is rarely if ever the most prevalent diagnosis in adult trauma victims. The majority of adults exposed to trauma will never develop full-blown PTSD. More commonly, PTSD emerges as the 3rd or 4th most prevalent diagnosis for adults, and is typically superseded by depressive, substance-related and/or anxiety disorders.

In research on children exposed to trauma, PTSD has been shown to occur even less frequently than in adults. Services evaluation data collected by the National Child Traumatic Network indicate that trauma-treatment-seeking children and adolescents in the United States are exposed on average to three or more types of traumatic experiences that are predominantly inflicted intentionally by others, chronic or recurrent nature, and begin early in childhood. Most of these children suffer from a wide range of other difficulties, conditions and impairments. And yet, while many of these youth exhibit some symptoms of PTSD, only about 1 in 4 meet full criteria for this diagnosis. For many of these children, PTSD is merely the tip of the iceberg. 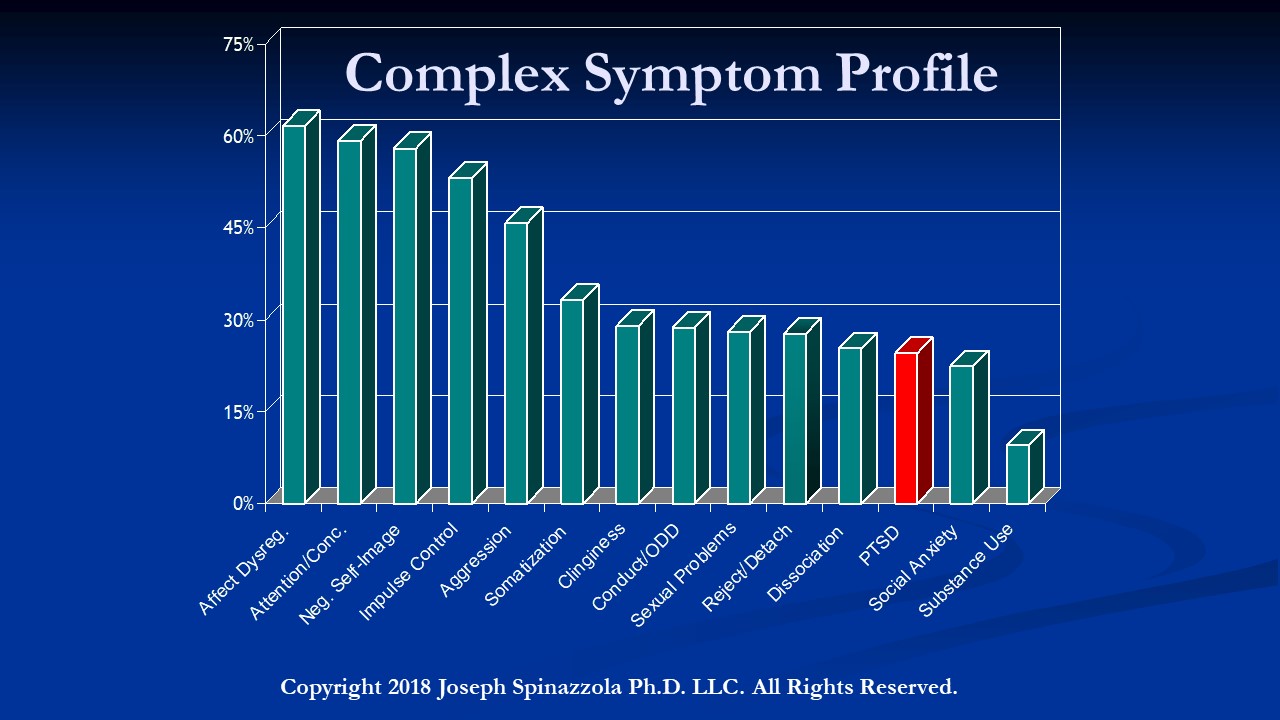 In a large clinician survey of children and adolescents served by the National Child Traumatic Stress Network, Dr. Joseph Spinazzola and his colleagues identified five difficulties most pervasively faced by youth receiving assessment or treatment services due to histories of trauma.

Four of these difficulties were reported to be relevant to over half of all children and adolescents represented by this survey:

These five difficulties were followed by a host of others each occurring in a subset of traumatized youth, including somatic symptoms, attachment difficulties, conduct and sexualized behavior problems, dissociation and finally PTSD.

Diving Beneath the Surface

While PTSD is a diagnosis that is accurate for many children and adults, it can be misleading for others, hiding the true expanse of trauma-related symptoms and responses. And it rarely tells the whole story.

As we explore throughout this website, many children and adults may be better understood to be contending with Developmental Trauma Disorder or Complex-PTSD. The earlier and more multifaceted their trauma exposure, the longer its severity, duration and interpersonal nature, the more likely this is to be true.

Our website is devoted to illuminating the entire iceberg. We are committed to seeking out and sharing information related to the total trauma response, in all its individual uniqueness and cultural variability, unconstrained by the narrow confines of a singular diagnosis or theoretical paradigm.

Please visit the resources section of this website for downloadable articles and other resources on complex trauma, as well as links to books,  videos and webinars. For inquiries about the topics and resources included in this website, or to correspond with its developers, contact: info@complextrauma.org

We use Google Analytics to track the activity of this website.